How To Reset PRAM on Your Company-Issued Device

How To Reset PRAM on Your Company-Issued Device 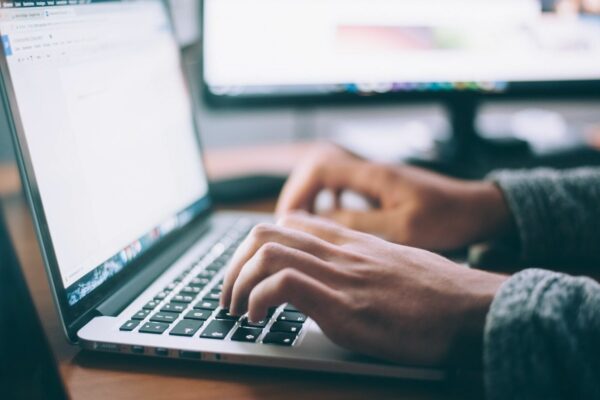 Has your computer ever started acting in unpredictable ways, like it was haunted or just out of control? Maybe your bluetooth isn’t connecting properly, the time zone is suddenly wrong, or your screen resolution gets fuzzy sometimes. These little problems may not seem like a big deal at first, and you may just power through them as you go about your work day. But after a few days of the same annoying issues, you might realize how much they impede your productivity or workflow.

These wonky hardware issues are most likely related to your Mac’s PRAM, or parameter random access memory. Nowadays, modern Macs have NVRAM, or non-volatile random access memory, which is basically the same thing. PRAM/NVRAM stores certain settings for your startup disk, volume, screen resolution, and other core data for quick access. So, if you notice that your Mac settings are changing on their own or becoming erratic, it could be because some setting value became corrupted. Luckily, there’s a pretty easy fix.

Resetting your PRAM isn’t difficult or time-consuming, but most tech gurus recommend it as a last resort after logging out or a basic computer reboot. It’s also vital to backup your files—just in case! If you’re the type to easily forget to backup your system files, utilize the Time Machine application, which automatically and periodically backs up your hard drive.

Once you have a recent backup of your files, you’re all set to reset your Mac’s PRAM/NVRAM:

Once you’ve reset the PRAM, you will probably have to readjust your setting preferences, such as mouse speed, time, date, etc.

SMC stands for system management controller. It’s only found on Intel-based Macs, and it handles things like battery management, thermal management, and other power-related settings. If resetting the PRAM doesn’t resolve your hardware issues, then you might try resetting the SMC. Usually, if one resets the PRAM, they’ll reset the SMC, too, for good measure.

Depending on what type of Mac device you’re using, there are a few different ways to reset the SMC. First, make sure your computer is completely shut down. If your Mac has a removable battery, disconnect the power adapter from your computer and remove the battery. Hold down the power button for five seconds, then let go. Put the battery back in, reconnect your charger, and turn your computer back on normally.

If your Mac has a built-in battery that can’t be taken out, keep it plugged into the adapter and hold down Shift, Option, Control, and the Power Button, all at the same time, for 10 seconds. Release the keys, then turn your computer back on normally.

And last, if you’re using a Mac desktop computer, unplug the power and wait 15 seconds. Plug the power cord back in and then turn on your Mac after 5 seconds.

Learning how to reset PRAM is another small trick that can help in many situations, but if resetting your PRAM/NVRAM and SMC aren’t fixing the problem, then there’s likely a bigger issue at hand. That’s where Electric comes in.

Whether you Slack Electric as soon as you start experiencing issues with your company-issued device or after you’ve already taken a few troubleshooting steps, our team of IT experts will get back to you in less than 10 minutes so we can take a closer look at your computer’s symptoms and troubleshoot the issue. If our troubleshooting doesn’t fix the issue, then we’ll go ahead and call Apple for you so you can continue your workday and stay productive. It’s that simple.