Everything You Need to Know About Smishing Attacks 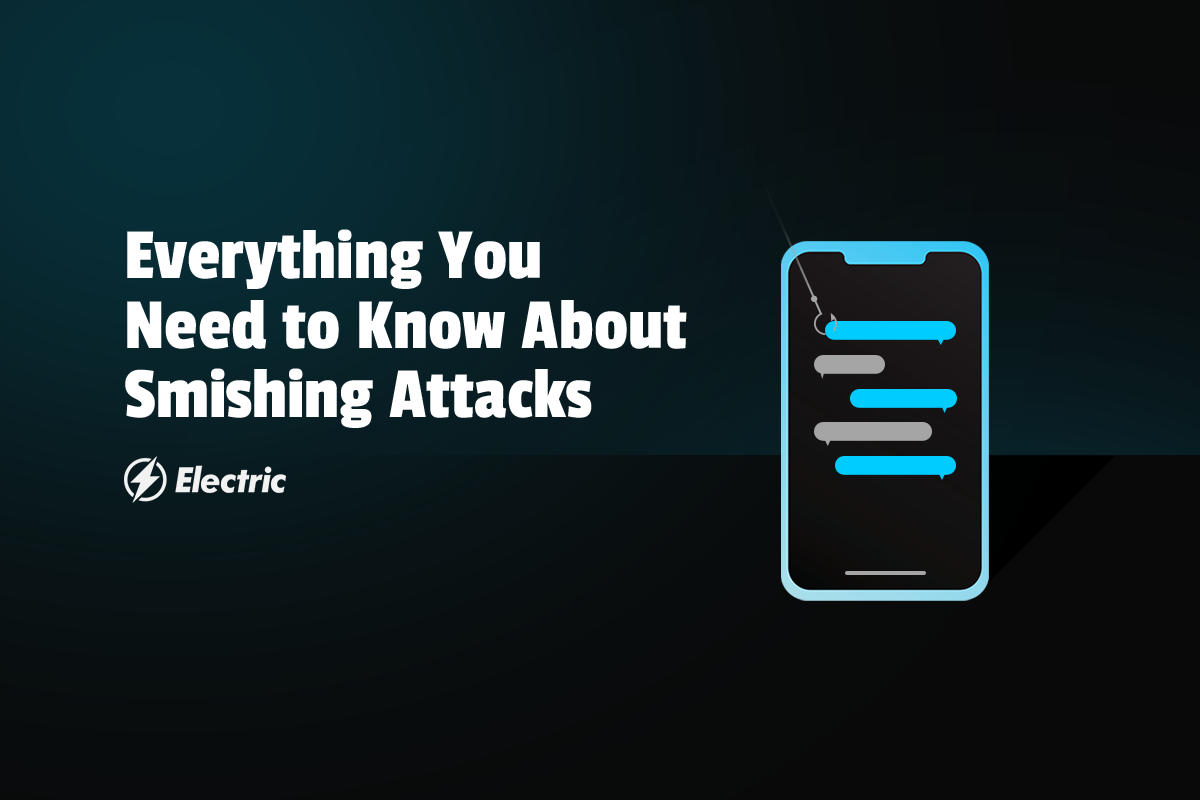 A relatively new form of cyber attack, smishing is a rising threat that is catching the attention of small business leaders. While most companies have established practices in place to prevent the well-known risk of phishing, smishing presents new challenges from a cybersecurity perspective. Why? Because it is far easier to block email phishing on corporate-owned computers than it is to regulate SMS-based attacks on employees’ personal devices. This article shares everything you need to know about smishing attacks, and how to prevent them.

What is a Smishing Attack?

Smishing is a form of cyber attack that targets a mobile device user with an SMS containing malicious links. Smishing attacks deceive the SMS recipient into inadvertently providing the attacker with access to sensitive personal or corporate data. The approach is very similar to phishing, which is where the name “smishing” comes from: a combination of SMS and phishing.

Typically, a smishing attack begins with a text message urging the recipient to visit a particular web page. When the user clicks on the link, they are redirected to a fake website that asks them to enter their information in a phishing form. While this page might look identical to a trusted web form, such as a PayPal login page, the information entered is, in fact, being stolen by the threat actor. Alternatively, the illegitimate website might try to download malicious software onto the user’s device.

Smishing is a type of social engineering attack in that it aims to exploit human error. The SMS in question is designed to convince the victim of the actor’s trustworthiness and create urgency to act. The central premise is often to manipulate the recipient’s emotional state and ultimately influence their judgement.

In a business context, the threat actor targets employees, often under the guise of official company communication. In some recent smishing attacks, cybercriminals have employed spoofing to cover their tracks, which allows them to use a convincing decoy phone number in their SMS.

What is the Difference Between Phishing, Vishing, and Smishing Attacks?

Phishing, vishing, and smishing attacks are closely related, with the only real difference being how the scammer contacts their target:

While business emails typically have some built-in phishing protection, incoming text messages aren’t subject to the same authentication system and spam filters. Additionally, given that smishing attacks usually target an employee’s personal mobile device, it can be more difficult for an employer to monitor this type of communication. As such, the risks associated with smishing are relatively high for small businesses.

Mobile devices have become a prime target for cybercriminals seeking to penetrate your IT ecosystem. As a result, the various approaches to smishing are becoming more creative and sophisticated by the day. Below are some smishing attack examples to be aware of:

Nothing catches a person’s attention more than an urgent message concerning their credit card or bank account. This is especially true if the SMS recipient is led to believe they have made an error affecting their employer’s finances. Cybercriminals are aware of this, and will seek to exploit this fear.

Often, the smishing threat actor will send a text message posing as the company’s bank or credit card company. The recipient will then be prompted to click on a link or provide sensitive information. In many cases, the message will claim the account has been locked and that action must be taken to reverse this freeze.

The intention is to compromise an employee who has access to company files and data, so that they inadvertently provide information that can be leveraged to gain access to further assets.

SMS marketing from trusted brands is commonplace, and customers often won’t think twice about clicking on a link from a familiar business. Text messages with delivery updates from couriers or retailers such as Amazon are now expected, so a fraudulent SMS requesting updated payment details in this context can present a high level of risk. This is also the case in a professional setting, where employees may be used to receiving notifications of product deliveries or activity on their accounts.

Unfortunately, cybercriminals are taking advantage of this trust in established businesses by imitating their SMS communications. By sending a convincing message that requests the user to reset a work password, for example, threat actors can quickly gain access to sensitive business information.

3. Notifications of a Win

Smishing actors regularly capitalize on the excitement that comes from a win notification to trick mobile users. Often, these messages will come with a link that must be clicked in order to claim a prize. Common examples include a lottery or other monetary win, or a tech device such as the latest iPhone or laptop.

Fake competition messages are common bait among cybercriminals. While employees may hesitate to click on such a link in a work email, they will often let their guard down if they receive the same message via SMS to their personal device. Unfortunately, with so many workers now accessing company assets from their mobile phones, they are only ever a click away from exposing your data or network.

Limitations in smartphone security make it difficult to completely block smishing attempts. Still, there are steps you can take to protect your organization from the adverse impacts of smishing attacks.

While phishing attacks are well-known, most employees aren’t as well-versed in smishing. As such, the first step towards preventing said attacks should be proactive education and training to help your employees gain awareness of how to identify smishing attempts.

Having a comprehensive Bring Your Own Device (BYOD) policy helps you set clear expectations and guidelines for how employees should access company resources from their personal devices. This goes a long way in preventing an attack via an employee’s device.

Not everyone in your organization needs access to all of your critical resources at all times. By limiting access to databases and networks as the need arises, you can reduce the level of exposure in the event of a successful smishing attack.

Protect Your Organization from Smishing Attacks

Don’t wait until your IT infrastructure is compromised by a smishing attack before investing in your cybersecurity. Electric offers the protection and support your organization needs to secure all of the devices in use by employees. Get in touch to learn more about safeguarding your data and initiating timely responses to cyber threats. 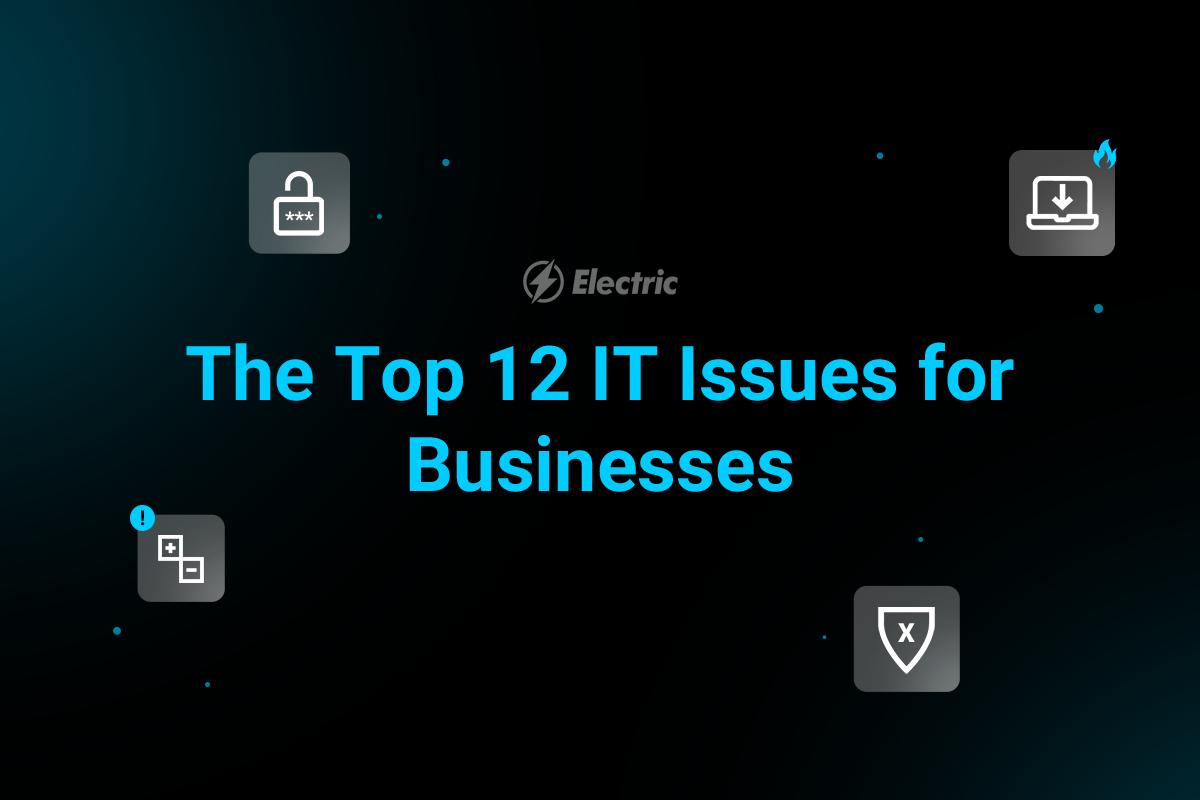 The Top 12 IT Issues for Businesses 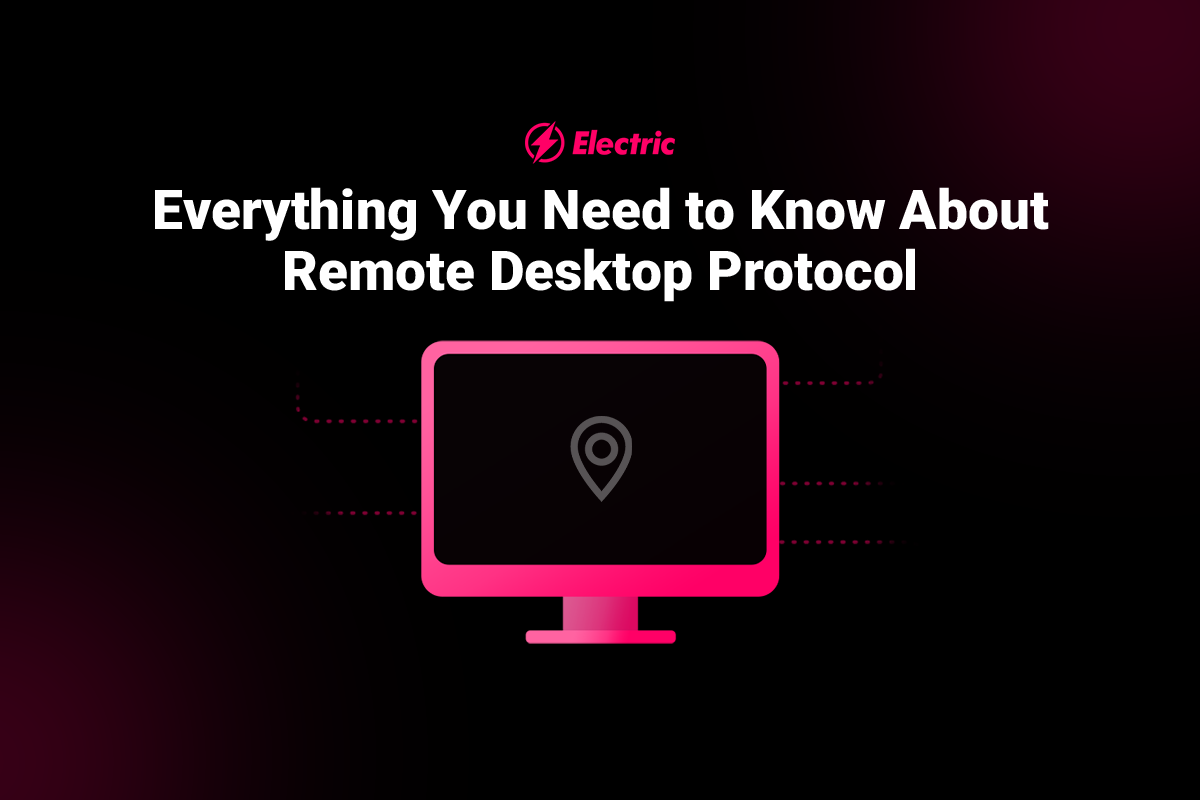 Everything You Need to Know About Remote Desktop Protocol

Can’t Connect to Internet? How to Troubleshoot